Electronics enthusiasts and hobbyists love to fiddle with technology, and a lot of the time end up creating something useful for real life. Of the many popular electronic projects out there, UAV kits, like drones, draw special interest. Drones can be used in a variety of use cases and, in turn, generate a great business proposition for builders. However, UAV kits available in the market today often come with many complexities for the DIY-er community. Mumbai-based Drona Aviation, founded by IIT Mumbai alumni, Dinesh Sain, Prasanna Shevare and Apurva Godbole, took up this challenge and turned it into a business of their own.

Shevare and Sain have been working with drones for a long time. While participating in drone competitions or other design activities, they identified that it took extremely long to build simple UAV applications. “Drones available are fragile and difficult to program, which cause many challenges for developers,” says Godbole.

In 2014, Drona Aviation was founded. Exploring the various challenges surrounding the technology, the team created its own UAV platform, called Pluto, which was fit for educational purposes, workshops and basic uses.

However, demands rose, and users wanted programmable drones with more features. Godbole recalls, “Customers wanted the option to be able to add more hardware on top of existing set ups.”

With that perspective, the team came up with an upgraded kit, called PlutoX. The first prototype was launched in February 2018. Tinkerers and developers from India and abroad were handed prototypes for trial. These are now available for pre-order commercially.

The complete PlutoX box consists of a ready-to-fly nano-drone, spare propellers, an image processing camera, range sensors, DC motors, a breakout board and an app controller. The core electronics board, called PrimusX, has been designed and manufactured by the Drona team.

To accommodate extra hardware, a unibus has been added to the board. It has 16 general-purpose input-output (GPIO) pins in one place. Using this port, users can add external hardware (such as breakout board) provided in PlutoX box to the unit, or use their own external hardware in a simple manner.

The camera can record photos and videos in HD quality—files can be accessed later. The drone can also be programmed to perform image processing. Features like object following and colour recognition, among others, can be added as well. A lithium-polymer battery is used, which allows a flight time of up to 15 minutes.

PrimusX has an ESP microchip, which creates its own Wi-Fi hotspot. Wi-Fi-enabled devices like smartphones or controllers can connect to the drone using this network.

The mobile app has to be installed in the control device, which is compatible with both Android and iOS. It can also act as a troubleshooting device. Users can access sensor data and video feed using the app, configure the drone and modify its settings.

The drone can be programmed using an API-based software development kit (SDK) on the team’s proprietary Cygnus IDE, which shortens the time taken in creating operational algorithms. Godbole says, “Custom-programming a drone for a specific task may require anywhere between 100 and 1000 lines of code. APIs in PlutoX bring that down to just 20 lines, delivering accurate performance.”

The program is written in C++, and can be used to create any scale of operation. PlutoX uses Eclipse IDE to create the SDK.

Drona Aviation is manufacturing and assembling the kits in India, working with manufacturers in Mumbai and Gandhinagar. And it is importing batteries, motors and microcontrollers.

Sourcing was a challenge in the Indian ecosystem. Godbole says, “While we knew how to make the technology work, finding each component at the right price was a major challenge. For example, to find the right camera, we initially had to go to China, in addition to a lot of market research in India.”

Even the dearth of a proper manufacturing ecosystem caused hardships. Godbole recalls, “We reached out to many PCB makers. But the quality that most of them were delivering was disappointing. We lost about three months finding the right partner.”

During the Indiegogo campaign, building strong market communication around the product was challenging. However, Godbole and team agrees that it was a learning experience, which further strengthened their marketing and technical skills. 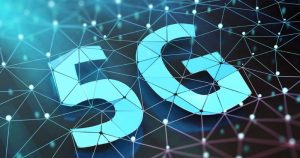 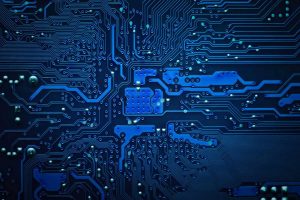