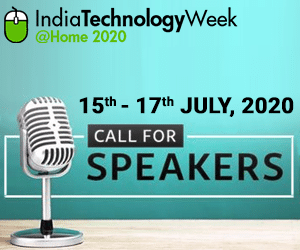 At present, India doesn’t have any manufacturer with the technology or infrastructure to make lithium batteries for EVs

India has started its journey towards achieving an all-green vehicle ecosystem by 2030. Transport minister Nitin Gadkari’s bold statement of bulldozing in a completely green automotive era confirmed the priority of the agenda. English dailies quoted Gadkari as saying, “The government will be ready with its electric vehicle policy by December (2017) this year.” Amidst all the rumble, however, is India prepared to face the shortcomings in its ecosystem as it inches towards success?

India is going strong in many respects with regards to Mission 2030. Many initiatives have been taken by the administration to complement these strengths. For instance, Energy Efficiency Services Limited (EESL) has incentivised Rs. 11.2 billion to Tata Motors and Mahindra and Mahindra Limited for production of 10,000 electric cars. Additionally, EESL is driving bids for setting up 4000 EV charging stations in Delhi NCR.

Over time, the increasing number of EVs and charging stations on the road would bring down their cost. Samrath S. Kochar, director, Trontek, affirms, “With bulk orders, the costs will come down significantly, making the vehicles commercially affordable. This will greatly magnify the adoption rate within India’s population.”

Take, for instance, Nagpur, which is the first Indian city to launch 200 EVs in 2017 including four-wheelers, buses and e-rickshaws. The city saw installation of over 50 charging stations, set up by Ola. The government has fixed Goods & Services Tax (GST) on automobiles accordingly—setting only 12 per cent GST on electric vehicles as against 28 per cent taxation on conventional petrol- and diesel-driven automobiles.

India’s automobile components vertical can contribute well to the mission. Biju Bruno, MD, Greenvision Technologies, shares, “We have a strong components and sub-system manufacturing ecosystem for the automotive industry, which can adapt to making the necessary components for EVs.”

Financing is the primary concern. Kochhar comments, “Cost is the main challenge for EVs. The upfront cost of these vehicles is quite high.” For example, while a diesel-driven bus costs up to Rs. 5 million, the cost of an electric bus is Rs. 15 million. Batteries are the main multipliers of EVs’ upfront cost. However, battery prices are coming down, with reports suggesting a dip in average price from $600 down to $250 in the last five years.

The battery manufacturing scenario needs improvement. Bruno says, “EVs will depend on lithium batteries or a similar chemistry that has a high power-to-weight ratio. At present, India doesn’t have any manufacturer with the technology or infrastructure to make these batteries.”

High taxation on batteries adds to the problem. “GST on batteries is 28 per cent. It needs to be corrected immediately. I don’t understand why the government sees energy stored in a battery as a luxury,” says Bruno. He adds, “Recycling of lithium batteries is not happening —the elephant in the room is that no one is talking about this at the moment. It’s very important that this piece is figured out quickly, else we’ll end up overcoming one problem and landing into another bigger one.”

There are initiatives by Indian bodies, however, including ISRO partnering with BHEL to produce 50Ah and 100Ah battery prototypes for two-wheelers and four-wheelers.

While we have examples in Nagpur and some more cities where charging stations have been set up, the entire nation has seen a total installation of barely 100 charging stations. With the current quality of production, EVs in India can cover only 120km distance and achieve 85km/hour maximum speed with a fully-charged battery. Keeping that in mind, along with the scarcity of charging stations, EVs have not yet caught the Indian consumer’s eye.

Bruno shares, “Charging infrastructure will require massive investment, which only the government can afford. Private players may not see ROI here. That is where the barrier lies.” Reports suggest Tata Power Delhi Distribution Limited is planning an investment of one billion rupees to install 1000 charging stations in Delhi within the coming five years.

EV charging infrastructure calls for a high availability of electricity. Given the poor supply-demand ratio of electricity, this becomes another challenge for EVs. Investment will be needed to set up more grids. Smart meters and power distribution management systems will play a big role in addressing these challenges.

For institutions that are setting up charging stations for captive use, regulations are being framed to relieve them of the requirement of any electricity retailing permission. “The ecosystem will build over time. We will see some clear movements and changes within the next two-three years,” believes Kochar.

Karnataka’s latest policies to promote R&D in the EV segment and Maharashtra’s mass deployment of EVs and tax relaxation show that the states in India are already preparing to embrace the welcome transition.

“EVs have to be subsidised. If the government wants to save on oil import bill, savings can happen only if investments are made in EVs. There are collateral benefits of less pollution, cleaner air, better health of the population and so on. The government should not look at this as a subsidy, but rather as an investment,” says Bruno.

While many experts believe that completely green vehicle ecosystem is achievable by 2030, some say it is a wishful thinking. Kochar says, “2030 is a good time period to see some massive changes. Even if not 100 per cent, I believe we will see the ecosystem with 50 per cent green vehicles.” With this project, the government has pledged to save $60 billion on petrol and diesel and one gigatonne of carbon dioxide emission by 2030. Let’s hope everything goes well to make it possible.