In general, AQI is a composite of air pollutants like ozone, carbon-monoxide, sulphur-dioxide, nitrogen-dioxide, and particulate matter including PM10 and PM2.5. It increases due to increase in smoke, lack of dilution of air pollutants, low wind speed, and burning of garbage or residuals. It can also decrease with an increase in wind speed or rain.

The antenna generates weak radio waves at specific intervals at a particular frequency, which does not affect other forms of telecommunication. RF testing of these radio waves shows no interference with radio, Bluetooth, TV, Wi-Fi or handheld transmitters. It does not affect humans, agriculture, water quality, insects and birds either.

The system uses a natural process called dry deposition to neutralise pollutant particles and aerosols. Pulsed radio waves accelerate the velocity of very small particle pollutants—less than 20 microns—and aerosols. Dry deposition clears 50 to 66 per cent of atmospheric pollutants, depending on climate, aerosol or particle size, and meteorological factors. It improves air quality over large areas by reducing pollutants in the air. Most of these particles settle down on the earth’s surface or are absorbed by soil or vegetation, except sulphur-dioxide and heavy metals that cause acid rain. Ozone is also not affected by Pure Skies system.

Although, Pure Skies is a young startup with sales starting three to four months back, it has the units installed at various locations with challenging scenarios in heavy-duty manufacturing industries, coal-fired power plants or polluted cities like New Delhi, Kolkata and Varanasi. Performance of the system can be optimised based on work hours, environment conditions and geographical areas.

“With rigorous R&D of 10 years, we have designed a commercially-viable solution for air pollution. We have achieved more than 33 per cent improvement in pollution levels,” says Dr Srikanth Sola, chief executive officer and co-founder, Devic Earth.

Pure Skies’ efficacy decreases with distance or with large obstacles such as hills or buildings. These limitations can, however, be overcome by installing multiple Pure Skies units across a large geographic area. For outdoor installations, it is recommended to install the units on rooftops for best results.

Then, high humidity and low temperature reduce the impact of Pure Skies mildly (~10% at RH>70%). The company overcame this issue by varying the algorithms to adapt to such adverse conditions.

Dr Sola adds, “With one unit at a coal-fired power plant, pollution levels were down by over 40 per cent, within three to four days. Average baseline level of PM2.5 was 61µg/m3 and PM10 was 117µg/m3. This reduced to 28µg/m3 and 69µg/m3, respectively.

“Another Pure Skies unit was installed at a prime polluted location in New Delhi in the period November-December, 2017. Initial baseline level of PM2.5 – 168 and PM10 – 285 came down to PM2.5 – 88 and PM10 – 176, respectively—a reduction of 47 and 38 per cent, respectively—within a couple of days. This data has been acquired from CPCB reference monitor located about seven kilometres away.”

The company received initial research support from Ministry of Environment, Forestry and Climate Change. Post successful results at different venues across India, it received interest from various city administrators across the north and north-eastern stretch that have been facing severe levels of pollution. It is now working with several city governments to install a network of Pure Skies in phases across the cities to ensure clean air for all. 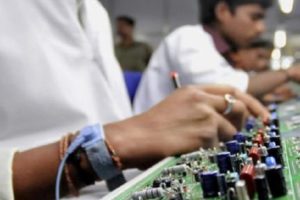 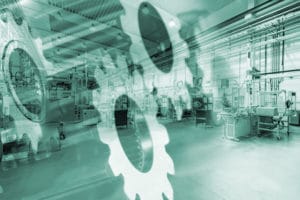 Artificial Intelligence, Machine Learning, 5G and IoT Will be Important Technologies of 2021: Survey